Millions of tons of plastic are floating in the oceans, threatening the ecosystem and mankind on an increasing scale. Especially countries in South East Asia are battling with the vast amounts of waste making their journey from the land into rivers and the sea. To support national governments in their fight against plastic, the German Research Center for Artificial Intelligence (DFKI) is participating in several projects on behalf of the World Bank. In the current edition of the renowned IOP Science Journal “Environmental Research Letters”, the researchers present an innovative machine learning algorithm that provides local decision makers with important insights into the plastic pollution. 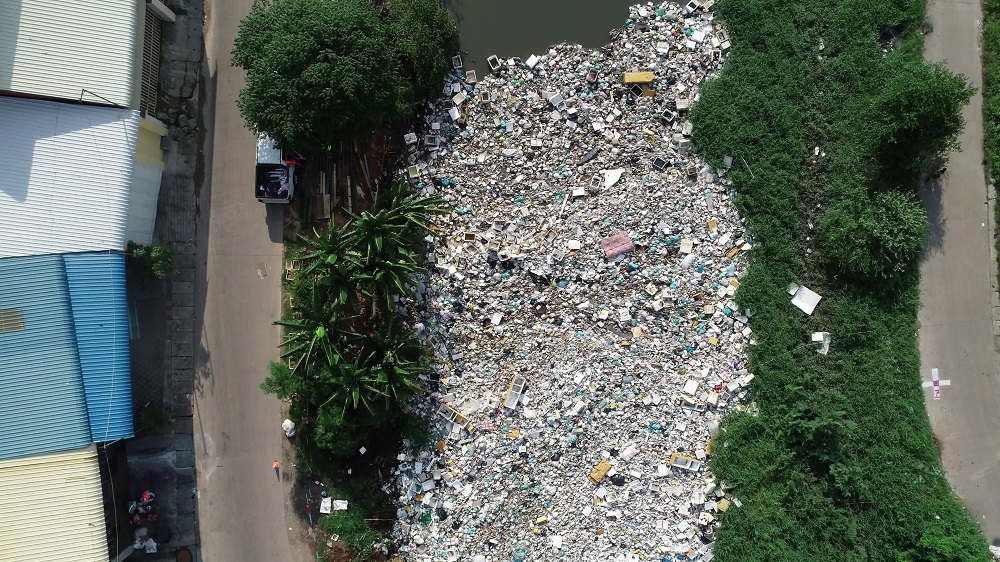 © World Bank and Key Consultants Cambodia
Littered river in Phnom Penh, which flows into the Mekong - one of the most polluted rivers in the world

The major rivers in South East Asian countries such as Cambodia, Myanmar or the Philippines are both a collection point as well as mode of transport for most of the plastic waste. There are several reasons for this: Apart from an insufficient waste collection and disposal, which does not reach all parts of the public, as well as a lack of recycling programmes, another major contributor to the unfiltered waste entering the water and eventually the sea are waste sites, which are often located directly next to rivers. In order to tackle this problem, the World Bank is collaborating with national governments in several projects which are meant to improve waste management in said countries  and reduce the plastic exposure in rivers, canals and on beaches – with the support of the DFKI: As part of several research projects, the Oldenburg-based research department Marine Perception, led by Prof. Dr. Oliver Zielinski, is developing intelligent sensors and methods for analysis that are meant to provide local administrations and decision makers with important information in order to take effective measures in the fight against plastic.

The machine algorithm APLASTIC-Q (“aquatic plastic litter detector and quantifier system”), which is now presented in the IOP Science Journal “Environmental Research Letters”, was developed by DFKI researchers during one of the World Bank projects tackling the plastic pollution in and around the Cambodian cities of Phnom Penh, Siem Reap and Sihanoukville. In the project, the scientists created a concept for the usage of multispectral cameras on drones as well as methods for the determining of plastic litter on rivers and beaches. The training data for the developed algorithm are high resolution RGB images that were taken in Cambodia from a height of six metres. The images depict swimming plastic, plastic enclosed by vegetation, plastic that was washed ashore as well as large amounts of waste that create carpets on the rivers.

APLASTIC-Q is based on so-called Convolutional Neural Networks, a class of artificial neuronal networks that are especially suitable for machine learning in the area of image recognition. The algorithm is made up of two different machine learning components – the plastic litter detector and the plastic litter quantifier, which, one after the other, analyse each small area of the image. The plastic litter detector is able to distinguish water, sand, vegetation and plastic litter with a precision of 83 percent. For those areas that are recognized as plastic trash, APLASTIC-Q also estimates the density of waste. In the second step, the plastic litter quantifier analyses the areas classified as plastic litter and divides the objects found into subcategories such as plastic bottles, strings and textiles, and determines their amount. The results are promising: Especially in the recognition of plastic litter that is floating in rivers and washed ashore, APLASTIC-Q is beating comparable methods. Additionally, the algorithm can be adapted to different forms of application, for example for the analysis of photos taken with a smartphone or data received from satellite monitoring.

How Artificial Intelligence helps in the fight against plastic pollution

The machine learning algorithm developed by the DFKI scientists has proven as a valuable monitoring tool that adds scientific and evidence-based information to insights won by waste collection studies, trawl fishery and clean-up campaigns. For political decision makers and interest groups, this knowledge is fundamental in order to decide on effective measures against the pollution. For example, the algorithm helps identifying problematic types of plastic as well as their hotspots and allows for the deduction of the origins and creators of the waste. On the long term, this is meant to result in an improvement of the waste management of said countries, for example by establishing recycling programmes in accordance with a circular economy.

The DFKI research department Marine Perception also adds its knowhow to current projects of the World Bank tackling the flood of plastic: For instance, the DFKI helps local companies in Cambodia, Myanmar, Vietnam and the Philippines with measurements using multispectral sensors and teaches and consults them in regards to technical matters. The image data created in this process is used by the scientists in Oldenburg in order to furtherly develop APLASTIC-Q and improve its precision in the recognition and determination of plastic waste. 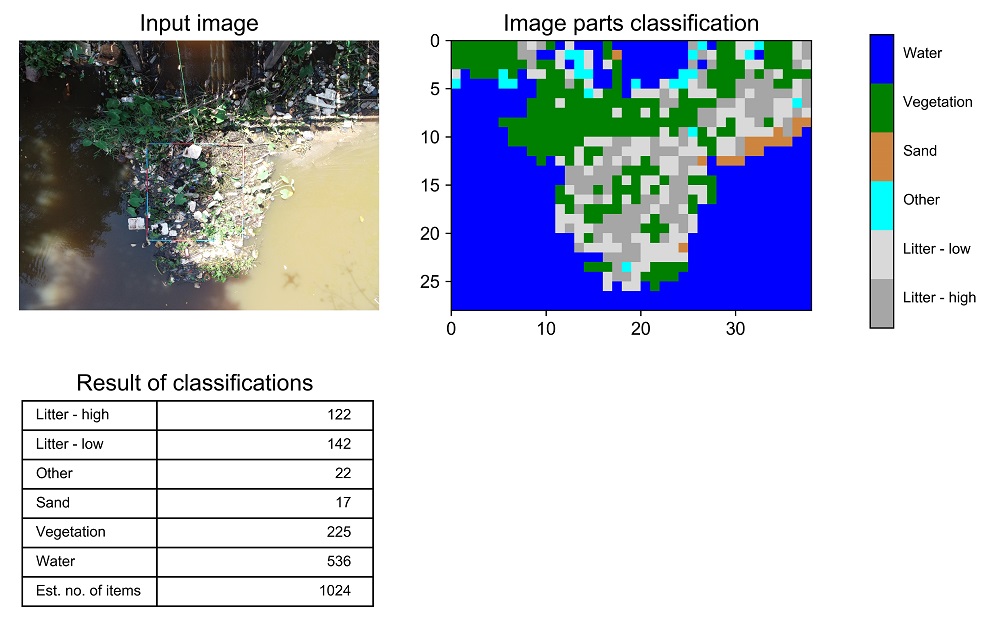