Whether in the factory, in the operating room or on Mars – the areas of application for modern robots are extremely diverse. This places enormous demands on the capabilities of the systems and leads to increasingly complex development processes. With the completion of the Q-Rock project funded by the German Federal Ministry of Education and Research (BMBF), the Robotics Innovation Center of the German Research Center for Artificial Intelligence (DFKI) presents a groundbreaking approach that is set to revolutionize robot development: With the help of artificial intelligence methods, users without any expertise will be able to cost-efficiently design customized robots for their applications in the future. 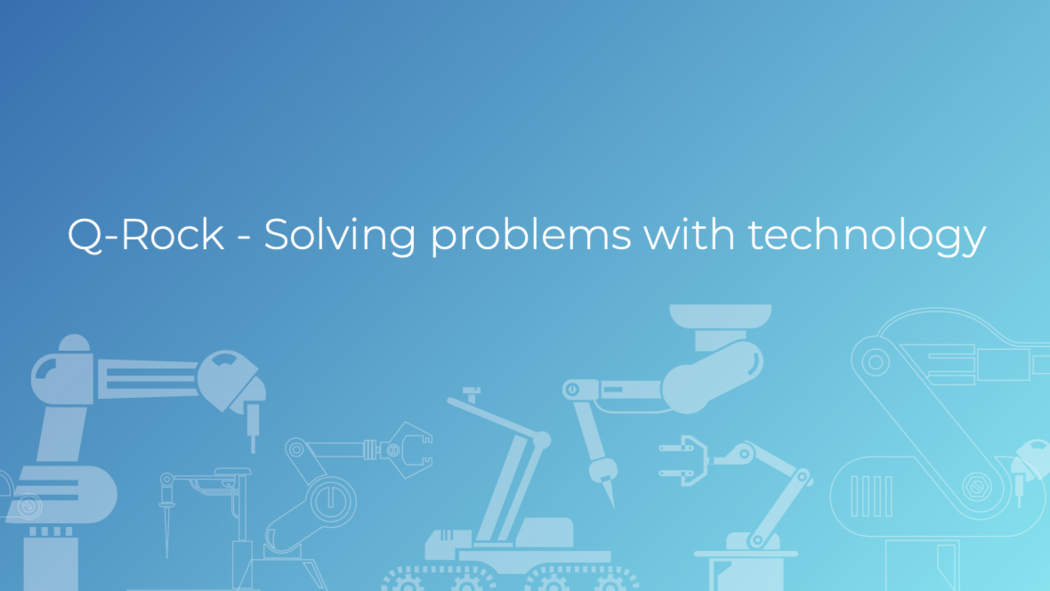 Today, robotic systems have become indispensable in factories and production halls. In addition, they hold great potential when it comes to supporting people in everyday life, working in hostile environments, or exploring the oceans and outer space. However, the variety of applications requires increasingly complex and powerful robots with a development process that calls for the involvement of specialists from a wide range of disciplines: from mechanics and designers to electrical engineers, computer scientists and experts in artificial intelligence. This is a particular problem for small and medium-sized enterprises, which can afford neither the necessary expertise nor the costly acquisition of the systems.

An innovative solution developed by the DFKI Robotics Innovation Center in the Q-Rock project promises significantly simplified and optimized robot development. In future, this solution shall allow even inexperienced users to design robots tailored to their own needs. The approach is based on a theoretical model that realizes the system design through a holistic process: On the one hand, the robot itself can explore the skills he’s able to perform based on its hardware. On the other hand, for a given task, all system that have the necessary skills to perform the task can be identified. To achieve this, the Bremen researchers successfully combined sub-symbolic artificial intelligence methods such as machine learning with symbolic methods such as structural reasoning. The project also builds on the extensive database of the predecessor project D-Rock. The database combines modeled software with hardware and behavioral models and has been continuously extended in Q-Rock. In addition, it supports robot development through comprehensive modularization – i.e., the flexible use and efficient reusability of components.

Starting from the modular description of a robot, the exploration of the system’s capabilities takes place completely independently due to machine learning methods. In the case of very complex systems, the capabilities of subcomponents – e.g., a single sensor or joint – are first determined to derive the capabilities of the overall system. With the help of further machine learning methods and based on the software models contained in the database, the learned capabilities are then automatically grouped into functional units. Together with a semantic description, they result in so-called cognitive cores, which serve as building blocks for more complex behavior. These contain the link between the capabilities of a piece of hardware – e.g., the kinematics of a robot arm– and the resulting possible meaning in the behavior, such as grasping an object. To generate very complex robot behavior consisting of many individual actions, e.g., opening a door, different cognitive cores can be combined. Structural reasoning can then be used to map the behavioral building blocks back to the hardware.

For easy access to the Q-Rock system, the DFKI researchers designed a user-friendly web interface. This allows users to specify the task to be performed by the robot, environmental conditions and requirements for the system's behavior via a menu selection. The program then automatically suggests suitable hardware combinations. In addition, users can create their own robots from the component models contained in the database according to the modular design principle. The exploration of robot capabilities triggered by this automatically determines which tasks the system can perform based on its hardware. In this way, users can draw on the full range of capabilities of the newly designed robot.

Prof. Dr. Dr. h.c. Frank Kirchner, head of the DFKI Robotics Innovation Center: "Q-Rock is a success from several points of view: on the one hand, we have succeeded in taking an important step towards so-called 'integrated AI solutions' by combining symbolic and sub-symbolic methods of artificial intelligence. Secondly, as a key technology, the new system will make entirely new design and planning processes for robotic applications feasible and enable companies to use robotic systems that previously could not afford to do so for reasons of complexity and cost."

The BMBF funded the project with approximately 3.17 million euros over a period of three years. On September 27, 2021, Q-Rock was presented to the Scientific Advisory Board of the DFKI and received a very positive evaluation. In particular, it was praised for its revolutionary and ambitious approach and very good results. The Scientific Advisory Board is composed of internationally renowned researchers. It regularly evaluates the progress and success of DFKI projects funded by the BMBF.

The M-Rock project of the Robotics Innovation Center, which is also funded by the BMBF, follows on from the successfully completed Q-Rock. It started on August 1, 2021, and aims to further optimize robot development by using explicit and implicit feedback from users. For example, the use of electroencephalography (EEG) of the interacting human should enable the systems to adapt even better to individual requirements and preferences. 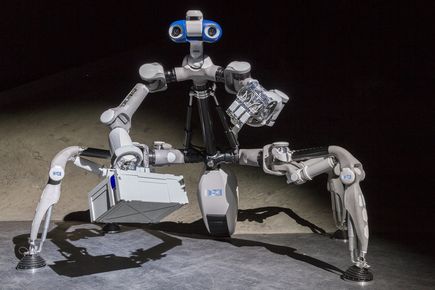 © DFKI, Annemarie Popp
The Mantis robot developed at the DFKI Robotics Innovation Center for use in space. Thanks to Q-Rock, it will be possible in the future for users without expert knowledge to cost-effectively develop customized robot systems for their applications. 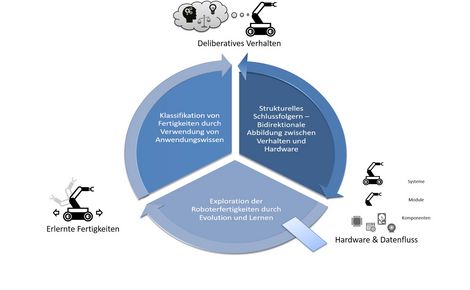 © DFKI
The Q-Rock circle for robot development: From the exploration of robot skills to the generation of behavior modules (cognitive cores) to the bidirectional mapping between hardware and behavior.

© DFKI
Q-Rock Webite: Under the menu option "Solve my Mission", users can specify the application scenario for which they want to design a robotic system.

© DFKI
With the help of the Q-Rock robot configurator, systems can be designed from the component models contained in the database according to the modular principle.