Is there life on Jupiter's moon Europa? An ocean suspected to be under miles of ice gives science hope. But how could it be reached and explored? Researchers at the DFKI Robotics Innovation Center have been investigating this question since 2012 in the Europa Explorer project series. The focus is on the development of robotic systems that can penetrate the water, explore it autonomously and remain there for a longer period of time. At the end of the third phase of the project, the autonomous underwater robot DeepLeng will now be put to the test in a frozen lake in northern Sweden. 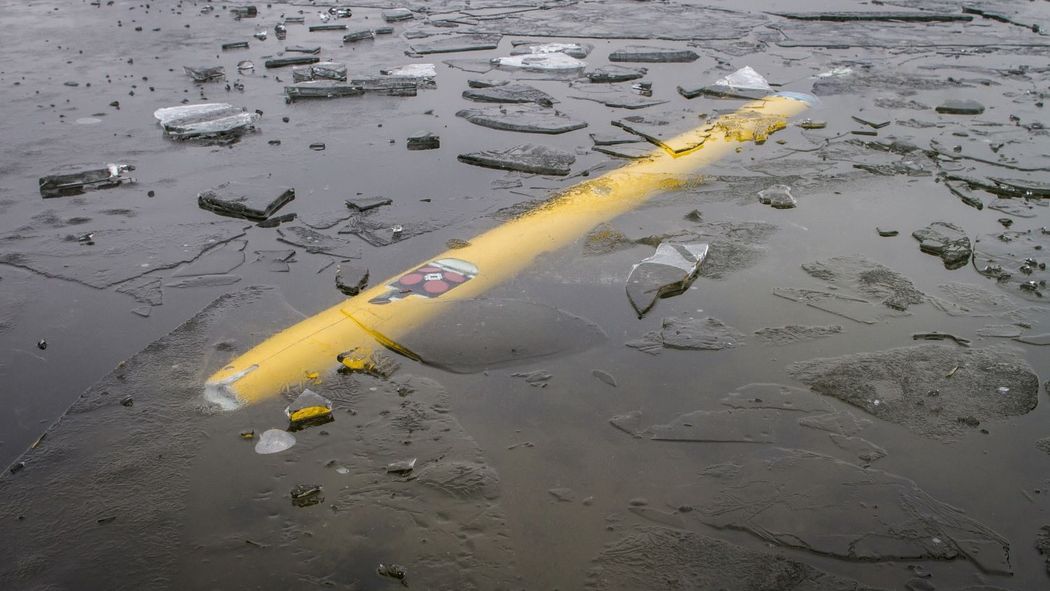 An average of 600 million kilometers separates the earth from the icy moon Europa, one of the four large moons of Jupiter. Underneath its mighty shell of water ice an ocean is assumed about 100 km deep with hydrothermal vents at its bottom, which release hot and mineral-rich water into their surroundings, creating the basis for living organisms. As part of the German Aerospace Center's (DLR) Explorer Initiatives, the Robotics Innovation Center has been investigating how this highly interesting place for science could be explored. To this end, the researchers developed autonomous underwater vehicles (AUVs), which can navigate and explore its surroundings under an ice sheet autonomously, in three successive phases of the project.

In the third phase of the Europa Explorer project for long-range under-ice navigation (EurEx-LUNa), the final field tests are ahead, in which the AUV DeepLeng will be tested for the first time outside the laboratory under realistic conditions: For this purpose, five DFKI scientists will travel to the small northern Swedish town of Abisko in the national park of the same name on Lake Torneträsk from March 20 to April 2, 2022. Here, north of the Arctic Circle, with outside temperatures expected to be around minus 10 degrees, the underwater robot is to autonomously explore the frozen lake, which is up to 168 meters deep. Despite the freezing cold, it is a baptism of fire for the researchers, who are housed in a research station in Abisko for the duration of the field trials, to prove the feasibility of the concept for autonomous under-ice navigation. Once launched by the mobile crane, the hole in the ice allows only a brief glimpse of the three-meter-long system with its eye-catching yellow cover before it dives down and disappears completely under the ice shell. Here, the robot has to find its way around completely on its own in murky conditions, gather as much information as possible from its surroundings and then navigate back to the docking station, where it can transmit the data, it has collected and recharge its batteries.

For the success of this challenging mission, the researchers further developed both the AUV's hardware and software in the EurEx-LUNa project. Among other things, they equipped DeepLeng with an USBL underwater navigation system that can transmit, receive, and process acoustic signals. They also used machine learning to train the system to find its way even under the most adverse conditions and to dock safely at the docking interface. Now, the preliminary work in the project, as well as in the entire Europa Explorer project series, should pay off in the field tests in Sweden.

As a continuation of the Europa Explorer and EurEx-SiLaNa projects, EurEx-LUNa is funded since March 1, 2020, until May 31, 2022, by the German Federal Ministry of Economics and Climate Protection (BMWK) via the German Aerospace Center (DLR).

Note: For those who want to get a picture of the field trials in Sweden, a live camera will be installed on site. The images will be broadcast via YouTube . There will also be a field test blog where project leader Dr. Marc Hildebrandt will report daily on what has happened over the past day. 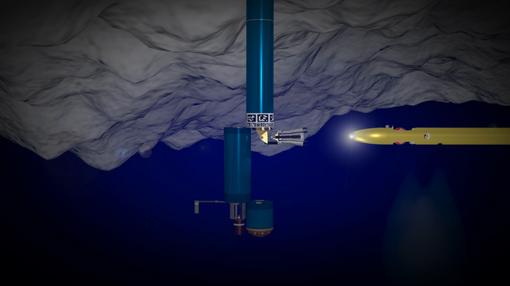 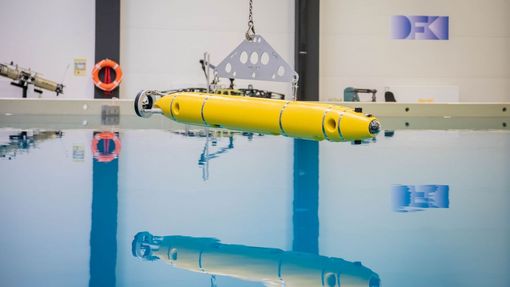 © DFKI, Annemarie Popp
DeepLeng in the Maritime Exploration Hall of the DFKI in Bremen