The Japanese government has announced that Professor Dr. Andreas Dengel will be awarded the high-ranking "Order of the Rising Sun, Gold Rays with Neck Ribbon" in the name of His Majesty Emperor Naruhito. With Japan's oldest award, the country recognizes Dengel's outstanding services to academic exchange between Japan and Germany in the field of artificial intelligence and promoting mutual understanding between the two countries. Andreas Dengel is Executive Director as well as Head of the Research Department Smart Data & Knowledge Services at the German Research Center for Artificial Intelligence (DFKI) in Kaiserslautern, heads the Chair of Artificial Intelligence at the Technical University of Kaiserslautern, and is AI Ambassador for the state of Rhineland-Palatinate. 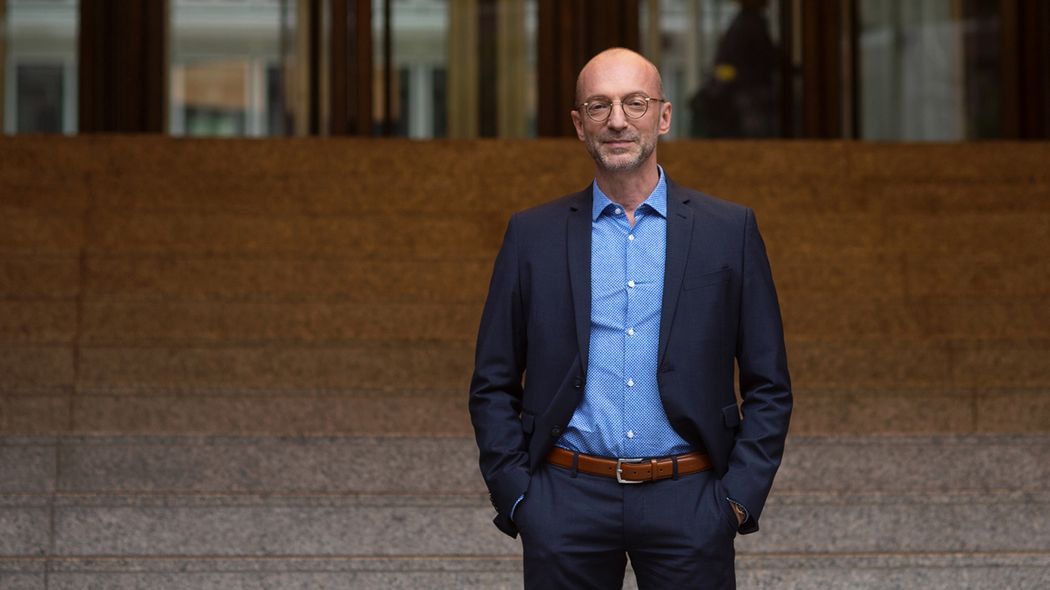 Kaiserslautern/Tokio, 04.11.2021. In Japan, Professor Dengel is a sought-after consultant for science, industry and politics. He has initiated numerous collaborations in the field of artificial intelligence in research and industry and has long advocated German-Japanese cooperation in the economic development of artificial intelligence. For his special services in this field, Dengel has now been honored with the “Order of the Rising Sun, Gold Rays with Neck Ribbon”.

The Order of the Rising Sun has been awarded at various levels since 1875 and is in the form of a rising sun with rays as a symbol of the Japanese national flag "hi no maru". The rising sun is considered to have special power in Japan, so along with merit, the Order also recognizes the courage and determination of the honorees.

After the certificate was signed by His Majesty Emperor Naruhito on November 3, 2021, the ceremonial awarding by the Consulate General in Frankfurt am Main is scheduled for spring 2022.

This is not the first Japanese honor to be bestowed on Andreas Dengel: in 2009, Osaka Prefecture University (OPU) appointed him Honorary Professor with full teaching and examination rights. In March 2018, he was named “Distinguished Honorary Professor” (tokubetu eiyo kyoju) there, a distinction only five researchers have received in 135 years. Earlier this year, DFKI announced the expansion of its cooperation with OPU by establishing a DFKI Research Laboratory.

Since 2017, Andreas Dengel has served as Chairperson of the Flexible Factory Partner Alliance (FFPA), a nonprofit international organization founded in Japan that promotes the standardization of control technology for wireless technologies in manufacturing and was honored by the Japanese Ministry of the Interior (MIC) in 2019.

He has also used his involvement in Japan to promote the internationalization of the computer science program at TU Kaiserslautern.

Minister President Malu Dreyer: "I congratulate Professor Dr. Andreas Dengel on this extraordinary award. It not only reflects the great international recognition of his scientific achievements in the field of artificial intelligence research, but also acknowledges his great commitment to networking Japanese and Rhineland-Palatinate research in the field of AI. We made a very good choice in appointing Prof. Dengel as one of the state's two AI ambassadors last September."

Science Minister Clemens Hoch echoed the congratulations, saying, "Professor Dr. Dengel deserves great recognition and thanks for his achievements for Rhineland-Palatinate as a science location. As Managing Director of the DFKI in Kaiserslautern, he has made a significant contribution to the remarkable development of the institute and has provided important impetus for the further development and triumphant progress of the key technology AI through a wide range of collaborations with regional and supra-regional research institutions and companies," said Science Minister Clemens Hoch.

“I congratulate Mr. Dengel very warmly on this outstanding and particularly honorable award,” says Professor Dr. Arnd Poetzsch-Heffter, President of TU Kaiserslautern. “In the field of artificial intelligence, Professor Dengel is a luminary and in demand worldwide as a highly respected researcher. I am all the more pleased that he has been contributing his expertise with great commitment to research and teaching in Kaiserslautern for years, thus shaping and further developing the research location.”

Prof. Dr. Andreas Dengel: “I feel deeply honored by this meaningful award. Japanese-German friendship and exchange based on a common AI philosophy has long been a matter close to my heart. With Japan as a high-tech country, we share the goal of using AI for the benefit of people and society. I look forward to further deepening the existing good relationships and collaborations with Japanese universities, research institutions and companies.”

About Prof. Dr. Prof. h.c. Andreas Dengel:
Andreas Dengel studied computer science at the Technical University Kaiserslautern and then received his PhD from the University of Stuttgart. After working in industry and a research stay in the USA, he received a call from the TU Kaiserslautern in 1993 to the then chair of Knowledge-Based Systems. At the same time, he took over as Scientific Director of the Research Department Knowledge Management – today Smart Data & Knowledge Services – at DFKI and, at the age of only 31, as Scientific Director of the Kaiserslautern site. Prof. Dengel has chaired numerous international conferences, published over 500 scientific papers, and supervised more than 450 doctoral, master's, and bachelor's theses to date. He is also involved in various successful start-ups as a founder and mentor. In 2019, as part of an initiative by the German Federal Ministry of Education and Research, he was selected by a jury as one of the most influential scientists in 50 years of AI history in Germany for his research in the field of document analysis. In September 2020, Andreas Dengel was appointed AI Ambassador of Rhineland-Palatinate by the state government.