The spontaneous vegetation that accompanies arable farming (generally referred to as (un)harmful weeds) can lead to major yield losses if not controlled. However, of the approximately 350 plant species that occur spontaneously on arable land, only about 20 are considered problem plants / harmful weeds, whose control is necessary. The pest potential of certain weeds arises only in the context of management form and crop type. Irrespective of this, most of the plant species occurring spontaneously in the field show no or negligible risk in terms of yield and are referred to as unharmful weeds in the project context. This rather low crop damage potential is contrasted by a sometimes severe threat to numerous arable weeds and their fundamental importance for the preservation of biodiversity in agroecosystems. Numerous studies show that weeds are important nectar or forage plants as well as habitats for various insects and birds.

The aim of the CognitiveWeeding research project is to develop a solution approach with a modified view of the accompanying field flora and the associated weed control. Taking yield security into account, the focus is on preserving and increasing biodiversity in organic and conventional crop production. The approach goes beyond the current cropping period and crop rotation. The arable flora is differentiated into harmful weeds and unharmful weeds, whereby harmful weeds are undesirable and problematic plants in the crop and unharmful weeds are economically uncritical plants in coexistence with the crop that may be worthy of protection. This classification is made taking into account the farm-specific crop management as well as the given site and weather conditions in the context of crop rotation and the impact for biodiversity on the respective (sub-)area.

In order to achieve the project goal, drone/ground-based sensor systems for plant detection will be tested, further developed and validated. Classification of detected plants into harmful weeds or unharmful weeds is the first step in the AI system. The detected plants are evaluated on the basis of stored plant cultivation and conservation rules as well as other factors, and suggestions are made for decision-making. In doing so, it must be weighed to what extent and at what time weeds are tolerated and not regulated to increase biodiversity. 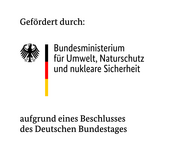 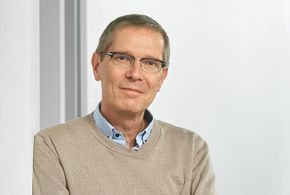