Finally some advanced language technologies have become mature enough to enable considerable progress in an application area of networked IT that will be crucial for speeding up the evolution of knowledge and well-deliberated social change. The web has played a major role in discovering and activating the “wisdom of the crowds” and it has given rise to high expectations concerning the broad participation of constituencies and stakeholder communities in social, political and economic decision-making. Today’s instruments of elected representation in politics as well as boards and committees in business, culture, science and technology are overburdened with the complexity and impact of their essential decisions. In all these areas, new mechanisms are sought that combine the knowledge and intuition of experts and generalists with the experience and view points of the affected and the concerned for the sake of arriving at more appropriate and more widely accepted decisions. Large companies with thousands of specialists and millions of person years of experience distributed across their human capital are trying to tap into these underutilized potential sources of better solutions and unexpected innovation.

The power of existing forms of peer-to-peer dialogue in large user communities has become evident by popularity spikes, consumer boycotts and so-called shit-storms that were all triggered by powerful social media. The existing mechanisms for aggregating personal attitude seem to be sufficient for spreading simple news and polarized sentiment but they have not yet given rise to the expected new forms of participatory democracy and longer-term processes of collective reflection and the generation of novel solutions. As soon as the issues and the argumentation become slightly more sophisticated, massive participation gets into conflict with the depth of the discussion. The large number of verbal contributions to some deeper discourse cannot be processed anymore by any of the participants. As long as the participants only provide binary statements or numerical ratings, their contributions can easily be aggregated, but if they share thoughts, arguments or evidence, the means are missing for condensing large numbers of textual contributions for the sake of perspicuity. A further problem for useful massive deliberation processes is the degree of variation in quality and sincerity that seems inevitable when such dialogues remain open to the public or to larger groups of stakeholders. A third obstacle emerges in multilingual societies or target groups such as the citizens of the European Union, the customer communities of globally distributed products, the workforce of multinational corporations or the populations of many megacities. Even if the multilingual capabilities of the targeted participants are sufficient for everyday interaction, they may not suffice for a complex discussion.

The project aims at creating a new generation of solutions for collective decision support that are driven by massive forms of digital dialogue. The key methodology is a combination of eliciting semantic content and structure from the participants and employing advanced language technologies for the extraction of semantic essence from their contributions and for the aggregation of the detected opinions, proposals, argumentations and evidence.

The guiding vision is the notion of social intelligence as it has been formulated in the Strategic Research Agenda of META-NET (Rehm and Uszkoreit, 2013). As in business intelligence or military intelligence, a major aim of social intelligence is the preparation and triggering of advantageous decisions by providing the needed information and background knowledge at the right time, in the right place and in the right form. Social intelligence in our sense extends beyond these applications since it also delivers the relevant information and knowledge to the constituencies or stakeholder communities enabling them to arrive at much better informed view points and suggestions. By educating large communities about the backgrounds and ramifications of plans or proposals and by informing them about the major alternatives together with the associated argumentation and evidence, the foundations are laid for more effective forms of participation and direct democracy. Through these mechanisms for sharing knowledge, information and argumentation associated with alternative viewpoints, new processes of collective reflection and decision will become possible that may in the long run indeed create a form of collective, social intelligence in the stronger sense of intelligence.

The proposed cutting-edge research will yield know-how for the modular design of collective decision support systems. The envisaged project result will include integrated prototypes one of which will be evaluated in a restricted but realistic scenario. This evaluation will provide directions for further developments after the project in order to eventually reach at a marketable system. 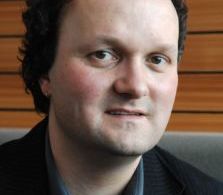