Hans Uszkoreit is Scientific Director at the German Research Center for Artificial Intelligence (DFKI) in Berlin, where he is currently coordinating cooperation activities. He is also Founder and Chief Scientist of GIANCE, a DFKI spin-off company. Uszkoreit studied linguistics and computer science at Technical University of Berlin before entering the graduate school of the University of Texas at Austin, from which he received his PhD in 1984. He worked as AI/NLP researcher and project leader at Stanford University, SRI International and IBM Germany. In 1988 he became Full Professor at  Saarland University where he taught Computational Linguistics and Computer Science. Also in 1988, when DFKI was founded, Uszkoreit started the Language Technology Lab of DFKI, which he lead as Scientific Director until 2017. From 2007 till 2017 he built up and lead the Berlin research site of DFKI.
Uszkoreit is Member of the European Academy of Sciences, former Honorary Professor of Technical University Berlin, Permanent Member of the International Committee of Computational Linguistics (ICCL) and Past President of the Association of Logic, Language and Information. He has coordinated many national and international confederated projects and an international master program in language and communication technologies. For his work on language understanding, he received two Google Research Awards.
Uszkoreit has co-founded several AI companies. He has also served as advisor for small and large corporations. His main research interests in AI are methods and applications of language and knowledge technologies and AI applications for enterprises. His research is documented in more than 250 international publications.

The goal of "Smart Data Web" is to to provide a bridge between publicly available information on the web and the internal information worlds of companies. For businesses it is important to be promptly…

In theory, machine translation (MT) should work especially well on a deep (semantic) level of language processing, where one would expect to be much less confronted with differences between languages… 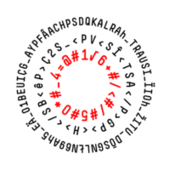 The aim of this project is to improve existing methodology for generic deep linguistic analysis, i.e. the syntactic and semantic analysis needed for many language technology applications. A dependency…