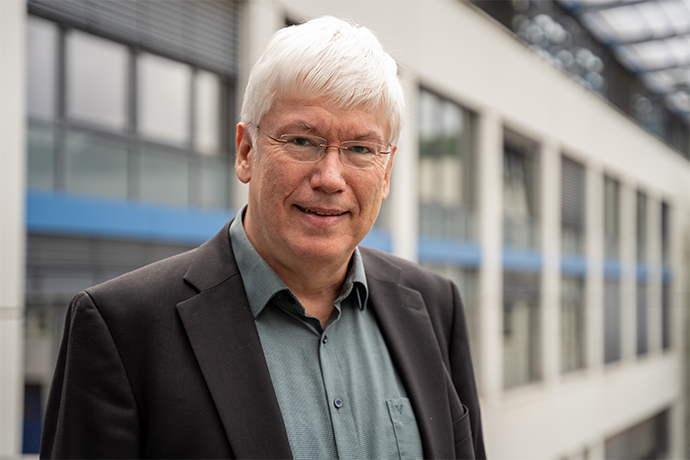 Stephan Busemann is the associate head of the research department "Multilinguality and Language Technology" (MLT), where he works as Principal Researcher, Research Administrator and Project Leader. His areas of expertise are artificial intelligence, computational linguistics, language technology and here in particular text generation.

After receiving his diploma in 1984, he worked at the University of Hamburg on the generation of dialog utterances in the context of the widely recognized dialog system HAM-ANS. In 1985, he moved to the TU Berlin, where he worked on implementations of Generalized Phrase Structure Grammars (GPSG) and their use for machine translation as part of the EUROTRA-D accompanying research. His PhD thesis involved the development of a GPSG-based generation system. In 1990, he moved to DFKI in Saarbrücken and worked on constraint-based dialog systems for natural language. Later, his work also included information extraction, text classification, text generation, and technology roadmapping.

Language is an essential part of our lives – we use it to share information, to describe our feelings, to discuss with others or to pass on knowledge to the next generations. It is a vital component…

The research work in DEEPLEE, which is carried out in the Language Technology research departments in Saabrücken and Berlin, builds on DFKI's expertise in the areas of "deep learning" (DL) and…

A European Digital Single Market free of barriers, including language barriers, is a stated EU objective to be achieved by 2020. The findings of the META-NET Language White Papers show that currently…

In order to be competitive in a global scale, European factories should be operated by a highly skilled workforce supported by advanced automation and IT tools. INTERACT aims to utilize workers'; …