Robots learn their capabilities directly from their hardware and together with knowledge from humans, these become core elements for deliberative behavior. In Q-Rock a bidirectional mapping between hardware and behavior is established. With the help of Q-Rock, a user can specify a system by just specifying the intended behavior.

The Approach: The project Q-Rock implements methods to allow the robot to explore its own capabilities based on the existing hardware configuration. The Q-Rock project is building upon the hardware database that was the result of the D-Rock project. The learned capabilities are then grouped using machine learning techniques and applying human knowledge about the behavior. Together with a semantic description, these blocks turn into cognitive cores, which are the building blocks for deliberative behavior. A learning framework will be conceptualized and implemented using evolutionary algorithms, deep learning and analytical approaches, so that the robot can explore the capabilities based on actuators and sensors. Finally, a bidirectional mapping between hardware and deliberative behavior will be created through a combination of dialogue based reasoning and structural reasoning approaches. With this loop closure between hardware and behavior, a user should be able to specify a system based on the intended behavior of the robot, without the necessity of being an expert on sensors, actuators or software. The project is using a continuous integration approach to first define necessary interfaces and then set up the whole system with dummies where necessary. With the project making progress, these dummies will be filled with the frameworks and methods developed. 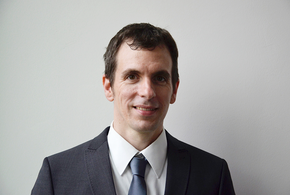