NoStrandAMust is a project with the goal of experimentally investigating the ground interaction of different robots and generating models for the interaction using AI methods. These models are to be used and verified in simulation and to improve the autonomy of the robots. On the one hand, the models will be used for motion planning and thus increase the efficiency and safety of the systems. On the other hand, the models will be used to analyze the current ground conditions at runtime and thus prevent the systems from maneuvering into dangerous areas. Thus, the methods, models and simulations to be developed in NoStrandAMust increase the autonomy, safety and efficiency of mobile robot systems. The methods to be developed are thus seen as an essential contribution to the success of future missions.

Since the data-driven approach means that the soil interaction models have to be trained on a system-specific basis, it is not possible to generate a generally applicable model in NoStrandAMust, as is possible with analytical models. Nevertheless, in order to demonstrate the general applicability of the method, six different systems will be used in NoStrandAMust. These include three walking machines (Charlie, CREX, and Mantis), two wheel-driven systems with different concepts (SherpaTT, and Artemis), and a mixture between walking and wheel systems in the form of a so-called star wheel (Coyote III). In addition, the weight class of the systems ranges from about 20 kg to about 120 kg for both the running systems and the wheel concepts. Each of the six systems is tested on substrates with different properties. In addition to a distinction between loose sedimentary soils and hard subsoils, there will also be different variants within these two classes. It is envisaged here that the ''loose sediment'' class will include fine sand, fine gravel, coarse gravel or basalt split. For hard soils, the systems will be used to record data that have different friction coefficients, such as dust-covered surfaces or high friction as found in lava caves. 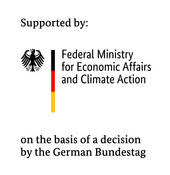